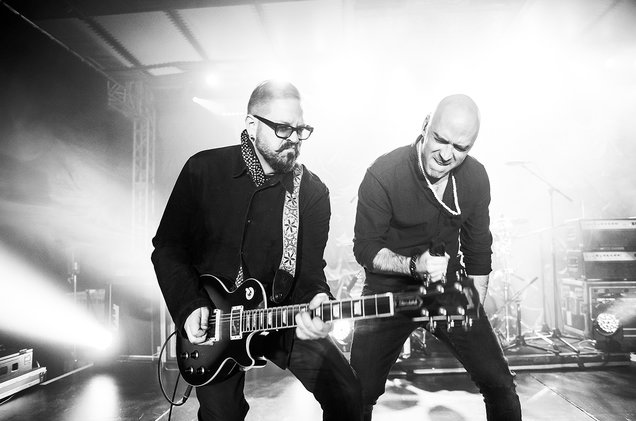 LĪVE SITS DOWN WITH BILLBOARD!

"During the ’90s, York, Pa.’s Live was an undisputed leader of alternative rock radio. The quartet scored eight top 10 hits on Billboard’s Alternative Songs and Mainstream Rock Songs charts during that decade. The ever-present airtime of four such tracks -- “Selling the Drama,” “I Alone,” “Lightning Crashes” and “All Over You” -- fueled the sales juggernaut of Live’s 1994 album Throwing Copper, which the RIAA has certified eight-times platinum. In all, the band has sold 10.6 million albums in the United States since 1991, according to Nielsen Music..."