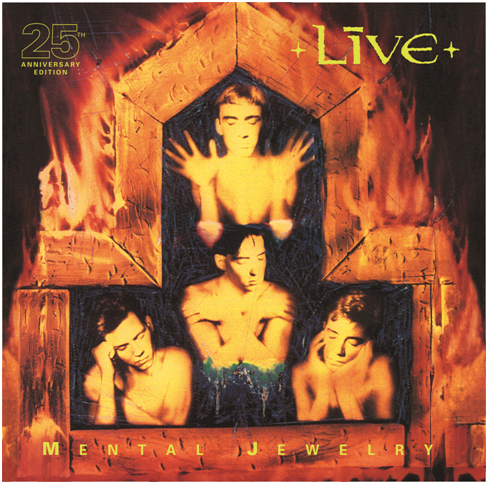 This year marks the 25th anniversary of +LIVE+'s  first studio album, Mental Jewelry! The album was released back in 1991 and includes hit songs, "Pain Lies on the Riverside" and "Operation Spirit (The Tyranny of Tradition)". +LIVE+ is celebrating the anniversary and their reunion with a fully remastered and deluxe reissue of Mental Jewelry. The reissue will be available August 11th as a deluxe 2CD set with live recording from the band’s 1992  Los Angeles show at the Roxy.  Additionally, Mental Jewelry will be available on limited edition purple cassette and limited edition purple vinyl!

Upon the reissue announce, Rolling Stone premiered “Pain Lies On The Riverside (Live At The Roxy)” which you can download instantly when pre-ordering Mental Jewelry 25th Anniversary digital album!