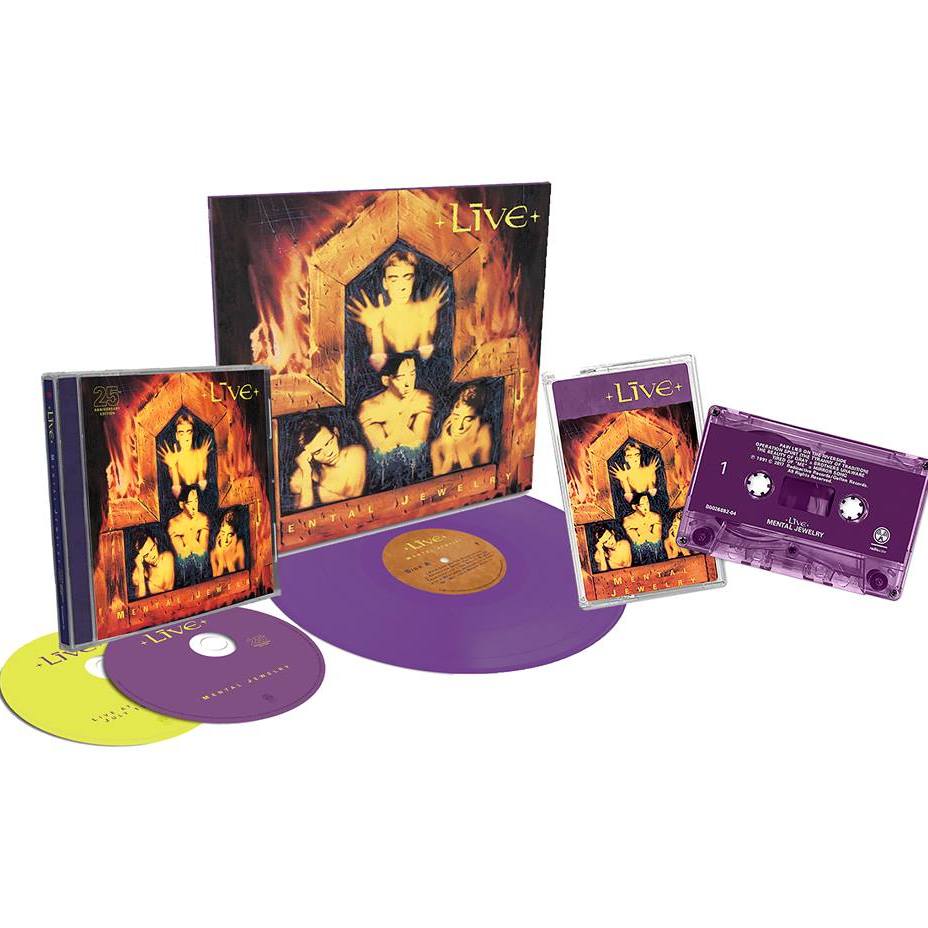 +LIVE+ has officially released the special edition of 'Mental Jewelry', to commemorate the album's 25th Anniverary. 'Mental Jewelry' was originally released back in 1991 and was +LIVE+'s first album under that band name. It featured (and still does) the hit singles 'Operation Spirit (The Tyranny of Tradition)', which reached #9 in the US Modern Rock charts in 1992, as well as 'Pain Lies on the Riverside'. which was placed at #24.

+LIVE+ reunited earlier in 2017, and have been playing festivals and shows around the US and Europe, with upcoming shows in South Africa and Australia, in celebration of both their reunion and 25th anniversary.

The Deluxe reissue, released August 11th, features 'Mental Jewelry' in several forms including a double-CD set, featuring a full-length recording of the +LIVE+'s show at The Roxy in 1992, a purple cassette and a 12-track purple-colored vinyl.* These can all be found at LIVE's online store HERE and are available individually or as a bundle.

Other store options can be found HERE.

*The purple-colored vinyl is exclusive to the online store.

Connect with +LIVE+ for news and updates!