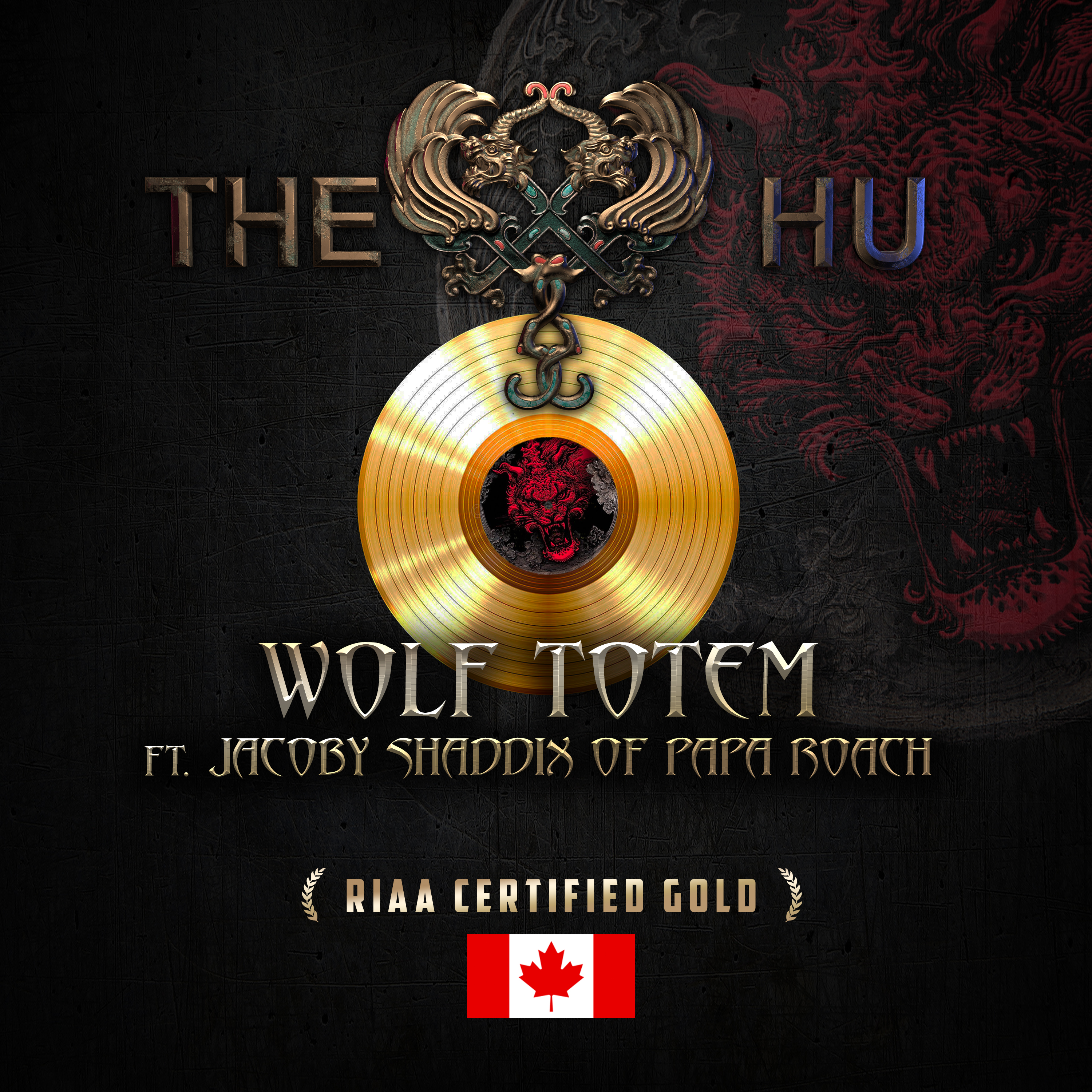 "WOLF TOTEM" IS GOLD IN CANADA!

The HU earn their first certified GOLD record in Canada with their energetic rocker, "Wolf Totem" ft. Jacoby Shaddix of Papa Roach! The record was released as a single in 2019 and later included on the Deluxe version of The HU's debut album, 'The Gereg.' The record was co-written and co-produced by HBE Producer, Brandon Friesen!